195 patients gathered at the bedside of their victim: with COP21 we’re on the right path… 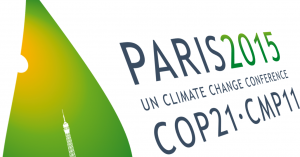 So this little troop; heir of those who brought us into this situation will meet to try to limit the damage, and apparently to try, among other things, to find money, because climate is waiting for a check to cool down. As Hollande is broke, one might think that it may not be expensive for France … but who knows, with this genius of finance… and of the rest! Finally, we will have already paid for the organization of the COP21 (the 21th Conference Of Parties)

The current lineage of these “heads of state” comes from a family of people mad about absolute power, which started at least 25 centuries ago. So far their thirst for absolute power seemed to be limited to the borders of the states, but in this Internet time they would be wrong not to aim for the entire planet.

I noted 195 countries (but only 150 heads of state, where have the 45 missing gone?), but the exact number seems not to be so accurate (as of this writing) since it can expand with warming by next week!

In any case, there will be 150 losers, since whoever were those who suggested them to become head of their state, the manager planned for the New World Order is not part of their troop! Actually if the 195 and some will lose, it’s the 7 billion of assholes who will have it in the ass!

We have already more or less been warned that major polluters do not want to interrupt their vocation!

The sick from absolute power are caught in their own trap (and we as bad)! They all came out of the “great schools” of their respective countries, and therefore have the same formatting moronisation! How do they plan to repopulate the oceans with the half of the biomass they lost in the past 40 years? They will send their checks to the “Grand Fishmonger”?

The obsession with detail, while losing the overall vision (Big Picture)!

MY mission, should you accept it, is to help you deliver a less narrow paradigm than the one you probably have right now, and which is only a personal version of the vision of a world reduced to materiality or rationality!

ALL the guys (and chicks) that will go to the Conference Of Parties # 21 are Cartesian (the contribution of France to the global imbecility)! That is to say, they apply the popular method to decompose into ‘elements’ ‘more’ ‘simple’, which seems complicated to them!

Hence the consequences that I summarized in my subtitle!

This is not a meeting of guys stricken with Down syndrome which will be able to save us, imagining that this is still possible. Be they the most “powerful” of the planet!

All those guys who want to be God would do well to know how God went about His job!

Because His Universe lasted more than our poor 25 centuries which were enough to render it useless… at least locally.

But back to our little paradigm story: I guess because you believe to be a faithful Christian or of any other religion, you have escaped materialism and rationalism. Or because refusing “official” religions you have turned to “spirituality”!

Well, I have bad news for you: your materialism and rationalism is simply religious or spiritual, and it is equally wizened as an anodyne atheist.

Even mathematicians understand nothing any more: their infinite are innumerable, as if it was not enough to have two of them to know that neither is “in-finite”! And do not make me right by telling me that you do not understand the previous sentence!

And what if all the kamikazes were not hosted by Isis?

It’s easy to push someone to suicide: just convince him that he has no hope.

Our civilization seems to be particularly effective in this job since Isis does not seem to face too many recruitment problems!

But if it turns out at one of the COPs that the planet is fucked, some bosses of powerful enough states and frustrated from losing their future of Master of the World, may want to become kamikazes and have the means to commit suicide by putting an explosive belt around the Earth. Especially since we know that a few stratospheric H bombs could do the job of creating enough EMPs to screw up the electricity, electronics and computers of the world. Unless it is the sun that gets cross and sends us the super EMP that NASA anticipated for this year (which is not finished yet…).

Anyway the funniest event of such an EMP is the time it will take for people to understand what happened, since it will look like a blackout… The second act also will be funny: the battle for food since all fridges will be out of order…

But our geniuses, precisely sick from their genius, will avoid all that! As they have already protected us from finding ourselves where we are…

That damn “God” that even the religious do not know – or they would not fight to claim to have the “right one” – is not Cartesian: His overview allows Him to choose without getting lost in the details.

I confess to have been exaggerating about materialism: if you believe in God, your paradigm includes at least the small part of psychology regarding your “faith”, which does not help you much out of rationalism or the knowledge of God. This rationalism is used in the search for causes, i.e. in reverse to logic (see “Let’s be Logic” published by Bergame).

Some intellectuals have indeed managed to infer that the cause and effect relationship was not rational, showing one can be intellectual without being hopelessly trashed!

Sort the chaos before manifesting it!

THIS WAS THE SOLUTION! YOUR mission, should you accept it, will be to sort out the mess that humanity has made, but it is not as simple as playing with a Principle that has not yet been flooded by its consequences! (See the first verse of the Gospel of John).

Rest assured, even priests did not understand this! Otherwise they would have fought for the threatened humanity, not for their beliefs!

It takes a split second to anyone who wants to blow his paradigm: HIS vision of HIS world. And one does not need to be in the Mensa! The proof is that even these IQ supermen did not think of it.

But who wants to? It would begin by recognizing that one has been manipulated and trash what belongs to the trash, that is to say ALL ideologies, however consistent they appear and to learn to “read Inside the Cosmos”. This “reading in” is “intel-ligence” (etymologically), the result of “dis-cernment”, something that was dead long before “God” was.

Let’s stop everything and start anew: one of the slogans of May 1968 (the last French “revolution”)

It is because of this quick change of your mind that I do not completely lose hope, but, please, stop showing me that I am wrong!

Because if you have difficulty to give up what you’ve been convinced (brainwashed) of, remember that “To err is human, but persevere is diabolical,” and get exorcised, if you find someone who still knows how to do it…

If a kamikaze is such because he has given up hope (of job, of money, of fun, or simply excitement to live…) it means that he is in Hell (in a “hellish condition” or in inferis, as opposed to in excelsis, i.e. “lower” than that of a human being), so imagine how promising him the Garden can cheer him up! Too bad that with their usual paradigm they cannot discern that they are caught!

Because a paradigm, even just a little bit enhanced would also better protect you from recruiters from Daesh!