A Stroke? Anyone? Dr Lorgeril strikes back! The petition 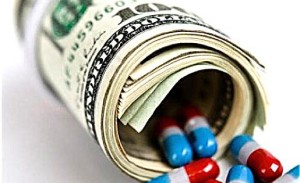 The urgency is only increasing: just read again what our dear doctor from the CNRS says relayed by the Institute for the Protection of the Natural Health…

I will dig in his newsletter <newsletter@institutprotectionsantenaturelle.eu> the bulk of what I tell you today. I do not like playing the merchants of chaos or fear, but if de Lorgeril puts more stress than he did last time, I feel it is as important and severe as what I relayed.

I give him the stage:

“My conclusion, after three decades of work on the subject, is that the case of cholesterol and cholesterol-lowering drugs is a terrible health scandal far worse than the case of MEDIATOR!”

“When you will have heard what follows, I think you will agree that it is urgent that health authorities finally meet a committee of experts truly independent from the pharmaceutical industry, to review existing scientific data objectively, and review Official recommendations on cholesterol.”

“Our goal is, at minimum, that you stop let you be prescribed medications that could seriously harm your health.”

“That’s why I ask you to support the petition which we organize with the Health Insurance and the National Drug Agency (NDA), and involve all the people around you.”

“Not only the “statin” drugs against cholesterol, are not effective in reducing cardiovascular mortality, but especially these drugs are toxic.”

“There is no doubt today. The latest scientific studies indicate that cholesterol-lowering drugs could:”

Here comes a truly frightening list for drugs that only affect the health of the bank accounts of the labs:

“1-Increase the risk of brain hemorrhage: these are the results of several studies since the mid-2000s. Having a low cholesterol (or lowered by a drug) increases the risk of hemorrhagic stroke, a tragic accident that can leave you hemiplegic (paralyzed) and kill you”

“5-Increase the risk of becoming blind”

“6-Increase the risk of sexual problems for both sexes, including more frequent impotence in men”

“7-Increase the risk of kidney problems proportionally to statin doses”

“8-Increase the risk of muscle, tendon and ligament problems; experts speak of more than 50% reduction in exercise capacity”

Basically, you play with your life: you have the choice between:

Stroke, cancer, or if you prefer, Alzheimer’s, or either diabetes or going blind, which is already under way since you did not see the threat of cholesterol was a scam, or is it that sex no longer interests you, or are you doing miscalculations with your kidneys, you do not want to exercise any more, or you prefer to be unable to move at all.

You see, this is “cheese and dessert”. The “MacStatine restaurant” has the most extensive menu of the profession of disease merchants.

Let our de Lorgeril go on:

“”So if you, yourself, take medication against cholesterol, or if it is the case of a family member, sign our petition urgently here to request the authorities to gather truly independent experts to review the authorizations for these medicines.”

“With other experts in many countries, we believe that pharmaceutical companies have dangerously minimized the risk of harmful side effects due to drugs against cholesterol, and everything is done today to hide the reality of this toxicity.”

“But the problem is that this vital information for patients are now hidden in the medical press and ignored by the French authorities.”

“My goal is not to make you stop your medication; this should be discussed with your doctor.”

Here let me point out that if your doctor does not know more than you about that, before you talk to him, you should already change of doctor by finding a less lobotomized one! But let’s continue:

“ »My goal is to get an emergency committee of experts independent of industrial and lobby groups to review the recommendations for cholesterol and drugs against cholesterol.”

“It is really urgent!”

“At the least, nearly 7 million people in France are now treated with these drugs against any scientific and medical logic. How can the medical profession make such a mistake on cholesterol and cholesterol-lowering drugs?”

New intervention: how can we believe that the “medical profession” has any discernment, as it embarked on the allopathic philosophy of massacring the body when it wants to get rid of a malfunction? I have a certain admiration for de Lorgeril, Joyeux and some others because, although doctors, they realized that something was wrong and they dare talk about it. But I’m not ready to be prompted to admire the famous “medical profession”, as I saw a lot of its damage while different or opposing methods were healing “incurable” diseases and that their therapeutic principle is worthy of morons! Then de Lorgeril explains:

“The first reason is the influence of the drug industry: statins are the main drug against cholesterol and one of the largest markets in the world, far ahead antibiotics, antidepressants and antihypertensives and most of anticancer chemotherapy. In the last 20 years, this market reported $ 300 billion pharmaceutical companies. Huge financial interests are at stake and some are desperate to hide the truth, including to publish many biased studies, falsely invoking effectiveness of cholesterol-lowering drugs. These errors and manipulations, I have denounced in my books and scientific publications and no one to date has been contradicting me, to show me where I was wrong.”

“The second explanation is that it is very common in medicine that serious mistakes dominate the entire industry over very long periods.”

“It took decades to recognize that smoking was the cause of 95% of lung cancers; decades to ban asbestos, of which many doctors, industry-related, denied the dangers; 35 years to pick the Mediator out the market.”

“As for the scientific studies, it must be understood that no link has ever been proven between coronary mortality and cholesterol.”

Do you still want to trust these charlatans? Dr. Lorgeril cannot spit in the soup if he wants to draw his colleagues for his petition, but the dice are loaded. Only a doctor has the right to terminate medical nonsense because it is they who have the (diffuse) knowledge of the diseases. We can only have that of the science of health and the right to close our mouths despite our experiences and logical examination of biological theories (about this, why not read “Let’s be Logic! … in the name of God …”, from your servant?)

Following is a list of studies proving the thesis of de Lorgeril which I invite you to read in the quoted letter, in case it would interest you, or it could reassure you to decide to sign the petition without fear to become a Medical serial killer in your turn for failure to assist a person in danger.

Turning to his conclusion:

“But despite this incredible accumulation of evidence (probably are there no other medical field where the scandal is as big and visible as in the case of drugs against cholesterol), millions of patients will continue to see themselves prescribed these useless and toxic drugs.”

“The pharmaceutical industry and physicians are bound to them, did and continue to do everything to prevent that truth becomes public. Even worse, if the medical profession as a whole suddenly recognized the facts, imagine the number of trials that might be triggered!”

That is indeed the problem: the victims of the killers of medicine are the only ones whose complaints are rude, considering the halo of sanctity around Hippocrates’ profession, that has largely faded since that Greek who said that: “Your food is your best medicine!”, and whose oath has not meant anything for nearly three centuries.

And finally, this glimmer of hope, which depends on us (and you):

“The time has come to take off the masks!”

“By putting it all together, we can force the health authorities to finally act on this.”

“Therefore I ask you to sign our great petition”

“If we do nothing, the current system, with all its corruption, can still linger decades.”

“Millions of patients, yourself or the people around you, will continue to be in the greatest uncertainty.”

“Not daring to oppose the instructions of their doctor or the official protocols, they will continue to take drugs that potentially poison them. Knowing deep in themselves that they are wrong!”

“Do not let this UNBEARABLE situation continue: REBEL and demand of health authorities to review their guidelines on the sole basis of independent scientific work (they do not lack of those!), on cholesterol.”

“By acting together, we can now put battering in the system and bring out the truth for all. We will save lives.”

“I call on all my responsible fellow doctors, exercising their profession conscientiously and in compliance with the Hippocratic oath, to reread urgent medical literature about cholesterol, to review their requirements for statins and other drugs against cholesterol, and to also sign our great petition.”

Luckily he mentions the famous oath, we just talked about it. How can the use of allopathic drugs be consistent with the statement: “First do no harm?”

And another crazy hope that no longer passes through official medics:

“I especially remind that many studies, largely ignored by the medical press and mass media, have shown that the natural methods (the adoption of a protective lifestyle) can reduce drastically the risk of heart disease.”

“Continue to hide that to the public is more than a scandal, it is a crime.”

“It is not cholesterol that causes heart attack and stroke. It is the poor diet, physical inactivity, harmful lifestyle, smoking, air pollution which give hypertension, diabetes and atherosclerosis.”

And the cry of the heart of Dr. de Lorgeril:

“If I chose to devote my life to medicine, it is for the benefit of patients. My conscience obliges me today to speak loudly to tell the truth about the lies and propaganda around cholesterol.”

Could we wonder if the attitude of this doctor is really typical of those who say they want to take care of us by letting themselves be manipulated by the labs and government throughout their “studies” which teach them to become tape recorders. In a computer, there is at least one processor and one can imagine that programmers gave proper thoughts about it before letting their software circulate…