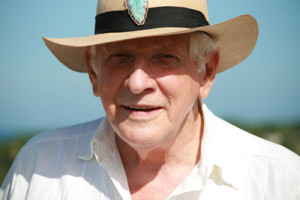 I feel to be the only one who did not know the MMS1 and 2, and I do not mean the Multimedia Message Service that use to land on your phones!

Even Michel Dogna (a french naturopath) knew it, which is not surprising from the Eagle Mockingbird… (his pens or feathers (sic) name, of course…)

I borrow his list of indications to make you want to see the details on his website, but trace MMS1 to get sites in English.

Are you so lucky to have one of the following diseases: cold, flu, measles, chicken pox, mononucleosis, hepatitis… Or any other viral disease?

Unless you might benefit of a urinary tract infection, a Salmonella infection, a helicobacter pylori, a staphylococcus of any color, streptococci, enterococci, abscesses, or periodontitis, and finally, any bacterial crap?

Or do you prefer to rear farm parasitic protozoa such as Giardia intestinalis, Cryptosporidium and particularly Candida albicans?

In any case, it seems, finally, it is by far the best treatment for AIDS, Lyme disease, nosocomial infections, leukemia, aureus staphylococcus, herpes, tropical diseases.

Too bad Dogna does not say it heals bullshit, unless it is implied in the elimination of parasites, in which case we only have to contribute to flood the White House and the IRS!

Mind your jokes Poncet, the situation is grave!

Since the situation is serious, I offer, as an intro, the statement of a true doctor who seems to know what he is talking of.

“At the dawn of the third millennium, in terms of therapy, it’s all to be reconsidered. What doctors need is a mental revolution that must lead them to reject worn out dogmas, aberrant principles and an unfounded claims.”

“Allopathic medicine will not survive the fatal mistake that characterizes it, i.e. treating the effects instead of removing the causes of diseases by reconditioning body organizations.”

“The disease is never a matter of chance. It is the body itself that causes it and medications affect the living organism for better off balance and create other diseases often more serious than the initial condition.”

If you are too lazy to go to Dogna, I snatch again from him the details that follow, so you know at least what you’re missing. A little culture, therefore, without the broth…

These tricks were discovered by a man named Jim Humble and are “just the plain” chlorine dioxide ion, used for ages to get rid of junk in the water. The Humble cure actually is not starting with chlorine dioxide; but with 28% sodium chlorite (ClO²Na). Mixed with an acid, it produces briefly chlorous acid (ClO²H) wherein, in successive steps, produces chlorine dioxide. But beware: ascorbates and antioxidants taken the same day neutralize the effect of the chlorine dioxide ClO2.

You’ll need to do some chemistry because dioxide cannot be stored for ages, but if you know how to mix two drops with three others you can have your Humble specialist’s degree. The first drawback is its price, in fact for medical labs! The second is that we find it everywhere on the internet! The guys at WHO will have to pull their syringes!

And for the restless, there is also a $20 kit of travelling WPS1: two small 50 cl bottles with a spray bottle free! Useful for awaiting to be released by the rescue team after a car crash in a manhole…

And in educate-yourself.org/mms you will also find the WPS2 (Water Purification Suppliers: Sodium hypochlorite) in packs of 60 capsules for about the same price.

Still strange that such miraculous things are not better known by mainstream media, such as artemisinin which I have already spoken of and honors the pharmaceutical industry who has managed to enjoin the WHO to forbid it!

Would newspapers not protect us from our predators? Would they be some themselves? Would they never look on Google or Qwant?

Or is it you who are not curious?

But everything has an easy and valid reason… Jim Humble is a former Swiss Scientologist, so obviously a moron for those in the other cult, the politically correct one! Socialists of which I spoke recently, drool if Marine Le Pen says it’s nice when the sun shines, it would still be okay to agree with her. They learned this spin long ago since I’ve heard it about fifty years away. But that is only valid and usable with the “extreme” right, not with Scientology or anthroposophy whose agriculture has been growing biodynamic stuff in Germany and Switzerland (really a cursed country!) for quite some time…

Has this ass of Humble been influenced by the CalMag from the “cult”, recommended by Hubbard for the same sort of stuff, another mixture very difficult to make… I’ll have to check to what cult belonged Delbet and Neveu with their magnesium chloride so I would stop advising you about these kind of hyper dangerous products!

To fix things, Jim founded his own “cult”: he is a bishop of the Genesis 11 Church of Health!

It would bother me to find out that Michel Dogna is a crook or irresponsible, but as I know MMS1 users who seem to be going very well and as Humble critics are drawn in Wars of Religion I give him the benefit of doubt. And I encourage you to make up your own… religion about it!

Do not think that I admire cults as much as others hate them: I keep my habit to “examine all things” of which I have been infected through the Book of Wisdom.

Thus I spoke of anthroposophy, not because I’m a fan of Steiner, who failed to get completely rid of Blavatsky’s theosophists dreams, but because I met a lot of cancerous that his medicine had healed and lots of biodynamic farmers who are very happy and so are their consuming customers! Besides the Steiner education methods prove the manufacturing of serial nihilists through “dissertations” from the third grade. The “Steiner’s kids” that were just fabulous previously are becoming quite “normal” when forced to demonstrate theses, antitheses, and crap-ease about everything they are asked to study… The Freinet and Summerhill schools experience the same down curve at the same time: we should thank the intellectuals who have found the trick to make us as idiots they are!

I also regret that Jehovah’s Witnesses are content to refuse blood transfusions without promoting the serum of Quinton, which they do not seem to know. A military doctor who had used this serum throughout the war of 14-18, and whom I had met a long time ago, told me that he had no problem with blood during those horrible years. I must say that it is even more complicated and less expensive than MMS since it’s just sea water diluted down to the “isotonic” concentration, that is to say, the salt concentration of the blood! Think back to the bonanza that are transfusion organizations and see what they are risking by the use of sea water, which, containing no protein, guarantees that there will be no rejection reactions, and which can be kept indefinitely, so there is no need to throw the waste after some time if it was not used… The serum is still made in Spain to the latest news. The disadvantage of transfusions is not only biological, but I do not want to talk about it here: just read my books…

But after those mixed congratulations, I note that I have not forgotten that the Mormons, in the Brigham Young era, slaughtered thousands to bring them “salvation by death” and avoid them to continue in sin; thousands of people: Mormons and others as well. But these “Latter Day Saints” are very well regarded, in particular in the US who decidedly feel not much grudge!

The real danger of the risk of side effects of MMS: starving our poisoners!

Imagine what Dogna says is true and that all infectious diseases can be cured almost instantly, and we could avoid being urged to vaccinate ourselves, since the vaccines will continue to be inefficient, but they would not be dangerous anymore because we would not take them! Medications (drugs) of extravagant price from the same labs would have no more interest and so this could be the beginning of the bankruptcy of these poisoners. One more reason even less noble for criticizing Humble than the silly war against cults…

I specify for those who would make the confusion that this is no quantum medicine but rather a variety of allopathy acting purely at the electronic level instead of just the chemical level, to rid the body of impurities as it already disinfects pools, and no, it is not bleach as a critic has said, proving his bad faith! Bleach = NaClO!

Obviously, as long as critics give no reviews of Humble processes, we will not have much chance of hearing about side effects. But it would probably need to swallow a disgusting amount of it, which is a way to protect us. This dioxide is known since 1814 and it is a gas which dissolves in water without hydrolyzing, however it must be manufactured on site because its transport is risky since it is very explosive! But handling of 1% solutions is considered safe. That’s the reason of the two small bottles. And do not keep it too long because the mix decomposes slowly.

Well, you know about as much as I do on this, but the Web knows much more; so do not be shy!