Good news. In France we have “Dieudonné” a standup comedian among other things. His name literally: “God given”! Not to be confused with the “Gods morons”, a polytheism with its Portbord (on the left) Olympus: Hollande, Valls, Royale, Macron and dozens of others whose name history is not likely to remember! The wonder is not that Dieu-donné is omniscient, because it’s just his job, it is that the Olympus is damned stupid! 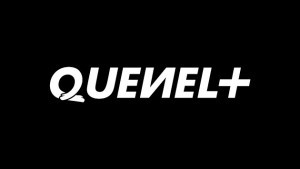 This is not by far the first time we hear that the Yanks are behind this alleged “State” and they just want to bring Europe to bankruptcy! But the Dieudonné’s troop has documented it in a small synthetic effort that should eventually convince you.

Some of it is unnecessary not so new: The Rothschild family would back the Barclays and the Bilderberg and would even be involved in high finance: in other words they have continued their bad habits since Waterloo!

But I remember a “detail” which I mentioned in this blog: The “leftist” of today are big hypocrites: they want to make us cry on migrants who drown because nobody wants to welcome them, forgetting that at the time of Terror (just after the French Revolution), it is THEM who drowned boats in the river Loire crowded with their opponents…

I still have much trouble finding them sympathetic.

Thus: Americans have not dropped their habits of exporting whole populations, they just drifted a bit to Asia (we must say that there are not much useful ones left in Africa, they clean swept it! The novelty is that they no longer invite emigrants, they clutter their competitor!

However, let’s note that the post from quenelplus does not go back to Maastricht where the Yanks made Europeans the gift of the design of their FED, that stuff being neither a Reserve nor anything Federal, so they can organize our bankruptcy…

The mixing of populations is an old doctrine from 200 years ago to destroy all social fabrics (mainly religious!). To impose a New World Order, really new, long before anyone could speak of it in this name!

In this matter, the disappearance of the white race prophesized by some Jews to justify our arrival in the end times forgets two things: The red race has already disappeared for at least two centuries and thus humanity has no more than the three races announced under eschatological texts, and since their annexation by the Khazars, today’s Jews are white Caucasians therefore supposed to disappear if the white race disappears!

Anyway, our Olympus is not the only one to make believe that it softens: But the trap is damn good. Countries such as Denmark who do not want to get caught, merely weaken the European Union by doing so, and they too are playing the game of manipulators.

It is the strength of well-made manipulations: that whether or not you agree with what is said, this speech is the basis for your reflections: So you are done! I hesitate to give you examples because yesterday I had the evidence of the indestructibility of acquired cultural references when facing facts. And in two quite different fields, yet they both touch the scientific one. So if I (and you) cannot question what you believe to be of scientific certainty, I have no reason to hope that you can rinse your brain from your political mud…

And besides, Dieudonné is more or less a proof of it, since it is fashionable to take him for an comical actor, which allows not to consider what he says! And his audience should have exploded if the truth was more interesting than preconceived ideas (in fact conceived by others and bludgeoned to convince the crowds…).

I like to recall that when revolutionary dangled us of a government that would guarantee our freedoms, no one pointed out that the job of a government is precisely to restrict them, neither in the 18th century, nor since! And we are still in the promotion of democracy, because fortunately there are still enough dictatorships to serve as a foil… But after the dictatorship of a number of our “democratic” presidents, we can testify that a dictator can perfectly be elected by universal suffrage. The main differences are that these dictators are for 5 years (at one time) and not for life, and we will not kill a guy who’s only there for 5 years! We will endure him as a dirty flu…

I also like to point out that thanks to the scam of two-round elections or some other trick, since long ago, no one has been elected by a majority of voters, and even less of registered!

You see, I managed to make you angry! Do not worry, you’ll still have time for other Sarkozy and Hollande unless Isil demonstrates that its system has won!

But the time when Americans seemed ready to rescue Europe to ensure the supremacy of their trade brings us back to the time of De Gaulle, which is long gone, which does not mean that their goal has changed, but that they know how to adapt their procedures…

Hollande or Dieudonné, both cause me the same discouragement: the first because despite all his crashes, French purchase power massacred by constantly increasing sneaky taxes and his dramatic inability to predict, still has fans!!! And the second, on the contrary, because he does not have enough of them…. The common denominator is a lobotomized French people, who unfortunately is far from being alone.

Anyway, Holland understood that his re-election in 50 years should pass through the moronization, which he improves from year to year with the reforms of his ministers of National cramming!

A former ENA student “National School of Administration”, like Hollande, (Ségolène, Villepin and others are from the same “Voltaire” promotion), has just written a book in which she declares that this school makes definitive morons, and does not realize that it disqualifies her precisely to find cures! That’s the technocrat syndrome (ENA = École Nationale of Arrogance, remember).

Ideally, when a moron is manufactured, he should be so that he does not even know it!

Besides the choice of the name of the promo that I just mentioned is perfect for a package of ENA graduates: it is little known but Mr. Voltaire owed his fortune to his job of slaver trips, and this “great soul” willing to “fight so that his opponents can express themselves” has not been contradicted by the Africans he did emigrate to the US… which brings us more or less about our initial topic!

I already told you that these people made me vomit? Didn’t I?

But I can imagine that the prose of the M’Bala team (1st name of Dieudonné) may interest you more than mine, so check out http://quenelplus.com/espace-detente/monde/derriere-lafflux-des-migrants-la-strategie-americaine-dasservissement-de-leurope.html

In passing, you probably have noticed that Dieudonné also got caught by the proposed blending of races of the Illuminati, but we can probably excuse a mestizo from a Britain Lady and a Cameroonian guy raised in a leftist middle, to have kept some traces of all that…

No one would be perfect, then?