The responses to the “Riposte Catholique”! 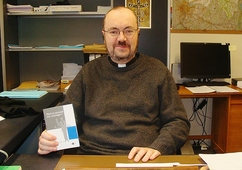 The outraged reactions to Father Hervé Benoit show he did great by revealing some nuances in the thought that believes itself unique!

The most prominent, the earthquake produced by the comparison of the Bataclan’s 130 dead and the 600 daily abortions in France…

A shameful comparison, especially for a priest!

It is true that it has not much to match! We have seen the images of friendly laughing faces of the public taken a bit before some of them became minced meat by Kalashnikovs. While no one has seen the faces of runts thrown in the trash because they have hardly a face. And maybe they would have been even more cute and touching… Another difference: the victims of the attacks will be entitled to a commemorative stele with their names carved on it, while abortions will not have headstones as they did not even have time to have names.

Proud to be moron, a tautology?

The most fabulous reaction is a proud physician claiming he makes serial abortions. Did he only hear of the Hippocratic Oath, which originally called for the doctor guilty of harmful acts to be condemned to eternal disgrace on the part of the people and the Greek pantheon, abortion is specifically mentioned in the oath in question as it mentions use of pessaries?

And Christ has nothing to do here: He arrived centuries later!

Besides this doctor knows nothing about genetics: he seems to confuse appendectomies and abortions. An appendix has the same DNA as its owner, while the DNA of an aborted is different from that of his mother, and this is truly a new human being, not a simple piece of bulky meat. The argument that the mother was free of her body was smart enough to warrant her to be free from that of her kid. The “voluntary” side in the interruption of pregnancy is probably not the fetus’, unless he has seen to what world of dummies he was coming, and he did not want to proceed…

This proud doctor is only a serial killer with the blessing of the legal arsenal, a recent blessing since only dating from 1975 in France! Abortion disappeared from the Hippocratic Oath in 1966, to prepare the ground…

Then the members of the small flock (inspirers, editors, broadcasters) of this surprising law are obviously not “possessed” by Satan since the latter does not exist in the secular religion. By the way, Satan’s basic trick is to pretend he does not exist, so this secular religion bears the signature of its founder. If they cannot be “possessed”, they can only be seriously (incurably!) sick, and the International Tribunal should run after them for “incitement to a premeditated crime against humanity.” It’s still two million victims every 10 years in France alone!

Let’s talk about the intolerance of this Unique Thought!

But the geniuses of the doctrinaire from the Unique Thinking who speak on “riposte Catholique” have something else in common: a primary Christianophobia so they obviously think it gives them the right to take father Benoît for a “reactionary bastard”, as he expects it in his intro, a label to be attributed so as to claim that of “idiots” for themselves!

I speak of it all the more freely that, for my part, I have some difficulty in seeing a connection between the doctrine of Christ and the history of the governments of the different churches throughout the ages, with their succession of “purges” worthy of Daesh (Albigensian, Cathars, Templars, Inquisition,…) and the many schisms that continues today with parochial. A schism is a division, therefore, the work of the Devil, a nonexistent boyfriend of the nonexistent Satan. But Christ warned that “The gates of Hell shall not prevail against His Church”: they have obviously prevailed against churches which use Him as their pretext!

There will be something for everyone!

And before gloating because I sort of attack priests, do not rejoice too quickly.

Two days before the “attacks in Paris”, the commemoration of the armistice revealed that the “duty to remember” was hardly going back to 1918.

In any case it does not go back to 1789, at a time when the religion of secular jihadists beheaded, in public, with the guillotine (it’s cleaner than a sword!). And when “reactionaries” were crammed into boats which were voluntarily wrecked into the Loire river, while today’s migrants die only by accident!

And the “hit” of Hard Metal at the time was the Marseillaise which is taken up everywhere today, except that the deal is reversed!

Finally, there is a medical prowess forgotten by father Benoît, when medicine says someone is terminally ill (which concerns only its capabilities, and does not prevent alternative treatments may exist…), she offers “palliative care” to prevent them from screaming their pain, which does not prevent them from dying, on the contrary, since she does not know how to do anything else!

In other words, they do not make more noise than abortions, but they, at least one will have their photos…

There may be no statistics for these sneaky euthanasia, but just wait until euthanasia, too, is legalized, to get rid of these seniors that cost us so much with their pensions wasted for useless guys, and their galloping health costs corresponding to increasing profits of the labs to which doctors devote them.

I suspect that I have angered you, since another characteristic of the single thought is to miss the pole target. And so it is me, the informant, who pisses you off, while you should be angry with those who made you an accomplice in their crimes. And with those who have prepared you to accept this complicity, and saw nothing coming!

I mean the schools of the secular religion that pretends to tolerate schools of other faiths, as long as they apply the same program, a hypocritical tolerance that you have not even seen happen… But the cast of politicians who claim to govern us is the fruit of this education, which allows us to judge the tree, and it’s catastrophic, both right and left!

Adding that they lack a bit of humor, so why not offer them to reinstate the death penalty … for the kamikazes! That way they will be happy, because they want to die, and we also because we do not want it!