Valdai, a Think Tank, which is not a Sink Tank? 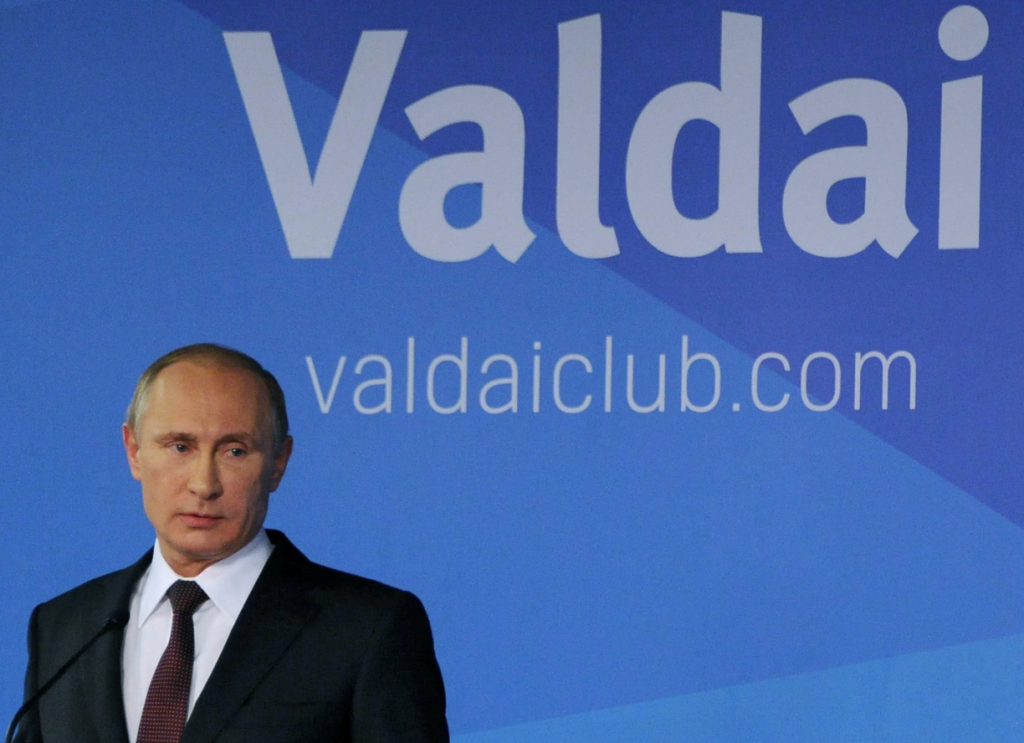 Well, I don’t mind if Valdai means nothing to you! This document is not new, it dates from October 24, 2014 and Valdai is a small village in Russia where Putin made a speech. Title: Valdai Club International Meeting: New rules or a game without rules? To find it:

Reading it is one way to be at least misinformed by Vladimir himself, and you will see that his speech is quite far from the image given by those who wanted us to believe that Charlie had become a worldwide event! At least you can choose and evaluate if the Putin’s franchise is also an attempt to manipulate. However you’ll learn surprising stuff from the official disinformation!

The first Think Tank was the Fabian Society (1884), a society for the glory of Fabius, not our Laurent the French sinister of Foreign Affairs, but the general who forced the Romans to wait to attack Hannibal until he is in a delicate situation. So the brand of Fabians is the patience of the tarantula deep in its hole, but if you want to know their ramifications, I send you to the Web! Rude, isn’t it!

Usually if someone tells me that he will talk to me frankly, I take it that if he needs to say, is that he uses to lie, so he probably lies when he announces to be frank. For some time, I had a professional connection with a guy whose refrain was: « We must be clear, precise and straight! » And he was just the opposite, but continuously, which avoided to raise the question, which is still an advantage. At Valdai Putin addresses his buddies and raises the fact of being frank as a characteristic of the atmosphere. Discussion Club meetings are annual there and Putin has not a demanding attitude about this franchise, which didn’t turn me too much on a red light. But to trust him, I prefer to refer to Sheikh Imran Hosein which I have already spoken, and who is obviously more difficult to cheat than me.

With Hosein and Putin, we are far from the hypocrites pumps of the Vatican ecumenism, and f you are one of those that would be surprised when a Muslim supports an Orthodox it only proves that you have a pretty socialist conception of religion, and crass ignorance of the real Unity of the Traditions, our two guys are much better representatives of it than the apostate pope.

I do not intend to comment the text I advise you to read, because you are old enough, or you think you may be so, in which case I cannot teach you anything, to examine it on your own. But pay attention to all the details, into which, as they say, the devil is hiding.