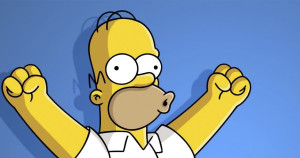 Warning: we will finally know “The Ultimate Secret to Creating Your Life by Design”, in fact just snatches of it, as the MP3 file lasts five hours and a half!

Lots of people follow him, according to what he says! So there may be something that works there, sometimes?

We will extend this study by examining the suggestions of his John T and some personal really quantum remarks, not to end on a sadly happy note… but not in this episode!

Get the result immediately!

This is also expressed by the flip switch: “I choose to feel good now!” I think I’ll extend the trick to a neighbor of mine afflicted by a stroke 4 or 5 years ago, with a dead arm and a fluency that he does not abuse much since he hardly says anything in order not to exhaust the patience of his lis—-te—–ners! The French probably remember a sketch of Fernand Raynaud “HEU-REUX” (“HAP-PY”), suggesting that “Anthony” and his buddies had precursors.

But let’s go into some detail:

Accept whatever happens and be happy now!!

So, do not refuse the ambulance that will take you in the hospital. As for the hearse taking you to the cemetery, you are probably already too happy not to accept it…

Think about how a carrot is pleased snug in her little terrier, and be jealous enough of this small vegetable to become another root… And avoid thinking of the stroke of the spade that will break such a solid happiness.

For the goal of Anthony may be that too: becoming vegetables. Down´s Syndrome children are often grinning in heaven and must have inspired him?

But he is cautious!

No matter what you want, you have to be happy in the end!!!

Hey! And where is the “now” that was so appealing? Would it means there are times when it does not work instantly?

But did Anthony realize he had shot himself in the foot?

We can be happy now without any preconditions!!!!

Phew! It was a narrow escape! Or would he have forgotten the need to express our desire to be happy? Which seemed to be such a precondition!

Certainly the doctrine of Anthony is not easy to decode…

Here at least, there is nothing left to do. And I doubt that Anthony does not practice this kind of philosophy because it allows him to ignore his customers who do not get the results they hope, in which case they missed some steps, because there are no results TO WAIT for: just “feel good”!

Bliss the panda sucking his piece of bamboo, the wasp stinging you in the thigh, or the drop of water enjoying a dip in the warm sea…

Well I can tell you that this is not my ideal! Even if it’s without waiting!

So why did I tell you all this?

Because I may have some solutions to get objective results.

I doubt a bit that everyone who arrived on Anthony’s site becomes necessarily an adept and could make some of the remarks I made you suffer with, but the methods of “Life Creators by Design” have other slightly serious flaws.

In the claws of the eternal master of flattery…

Remember his insistence about the “free will”: This way to make you believe in your absolute freedom of thinking has been used since time immemorial by entities in which you do not believe, which is enough to indicate that you are not free of your thoughts. Yet our good La Fontaine told the French that “Every flatterer lives at the expense of those who listen” and adds: “This lesson is well worth a cheese, no doubt!” Indeed ! And since, it is Anthony who got the cheese…

Why is it flattering to believe to be free to think? Because Liberty is an attribute of Truth, or its consequence, so that a free individual is nothing less than God Himself? Is it enough as a flattery?

Do you see what you deal with, following Anthony and his accomplices? Isn’t the flattering boss not fascinating? The very one that can bring you the light of happiness?

If you know his name, keep it for you!

Sleep Now: I command you!

And let’s be content with a less obvious trap maybe: the use of hypnosis or self-hypnosis.

When you make some nonsense, most of the time it’s because you have automatic and inappropriate response to the situation. For example, you break a vase because you want to hunt a fly with a flourish of the hand without noticing the vase…

The spirit records these automations in his mind when he is in an emergency, when he “sees” no solution to a traumatic situation. Remember that the mind has no conscience, only perceptions. Depending on which, the traumatic situation is summed up for it as a pile of perceptions and it will trigger its solution if a sufficient number of perceptions match the original situation, the required number depending on the state of enlightenment or more or less brilliance of the spirit at the time. The less the spirit is awake, that is to say, the more it is mired in emotions, and the more the mind will react.

But these automatic reactions do not only translate in aberrant BEHAVIOR they may also concern our WAYS OF THINKING. Here the aberration comes from that the mind has NO KNOWLEDGE of the whole situation, only the little it “perceives” of it and therefore that automatism will most often be inappropriate.

Let’s now examine how and why our mere thinking can also be aberrant? It will be enough that the spirit is under stress when he is told about something so that he tends to defend himself by recording (hiding) everything in his mind, so without realizing it! Later the mind will react with a surprising speed if the subject is back in the conversation. That’s how we interpret our “associations of ideas”: an air that runs through our head because we just heard the name of a singer, for example. While we do not have much to do with it at this moment. It’s not a conscious association of ideas, it’s just the mind that replays one of his tricks in stock in its “memory”.

If you want to get rid of an automation which inappropriate responses annoy you, like a headache, a pain in the kidneys, or the need to scream when one talks of George Bush (!) you will have to retrieve the basic recording with the consideration of the behavior that led you to be unconscious and entrust recording in your mind. If (or when) you find it, then: “Poof!” It’s gone!

But there is a moment of stress that often goes unnoticed: studies in different schools, colleges or high schools. Stress of ranking, notes, other people´s look, etc. You can think without risking to be wrong that ALL you have studied in class is stored in your mind without understanding by your spirit, ready to emerge at any time, which is handy when following studies, and a good source of goofs in everyday thereafter… Studies make us good doggies well trained to answer all without ever having understood anything. And of course, these misunderstandings pile up and appear to confirm each other without any more UNDERSTANDING, so obviously without WISDOM, but only fascinating CULTURE, SCHOLARSHIP, like a computer that responds to a question of a search engine.

What I have just described is the solution to erase the past which we depend of, as Anthony suggests we should do but does not give us the means to do so.

Hypnosis adds a layer to these unconscious recordings, here the stress is to agree, to submit our will to the “will” of the hypnotist, either live during a session, or delayed because we read the suggestion from “an other” than us, and we accepted it, which is ipso facto a suicide of our spiritual integrity. A chamber pot is not an image of God because it is unconscious, but the images of God are the only entities able to be aware, so they cannot abdicate their consciousness without committing a spiritual suicide…

It may work as our automations work, but it can also disappear, even more easily than automation recorded in everyday life, as we recall the date and location where it was implanted! And erasing can occur without the need for a special technique, just wait, practically twenty years anyway, but during which we have been driven by the computer of our mind instead of having lived in full consciousness.

I see you coming: it does not give you much more practical ideas that Anthony, but wait, I promised you more…