Will 21st century therapy be quantum, metaphysical or simply logic? (No. 22 Attraction) 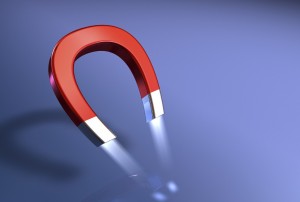 Attraction is one subject that has been titillating the physicists for a very long time! At the time of Newton, it was even believed to be universal, while it was limited to gravitation. Since it is known that like poles repel in magnetism and electricity. So Anthony has no excuse to start to polarize on it. We have seen it with the quantum process number 2 in the previous episode, our mental mind is attracted by what it sees, but that is not what our Anthony has in sight. He believes that our thoughts can attract their achievement. Surprise! On the other hand, he considers them capable of creating. So do we create or do we attract?

The GRRREAT LAW of ATTRACTION which will save us!

Reference has been made to the consistency of Anthony´s doctrine. But it is much easier if there are contradictory elements: it will always be right. If what attracts “manifests”, he is right to talk about probabilities, since there must be some things to attract, even if only “manifested” in potential form? But let us follow him.

As we must follow the “True Desire of our Heart”, it will therefore be necessary to determine it beforehand.

Easy: “Seek your strongest emotions”! As we suspected, his “heart” is the home of emotion, and has nothing to do with an eternal Spirit powered by an All-Knowing Universal Spirit, therefore inseparable and which knows more than us without talking to us through anything but this silence… resembling a little to Anthony’s Essential and Silent Partner!
But let’s not be so sly. Here is the method:

Write it down. Find items above 80, below 90, it will be disappointing.

Ah! This time, this is sound advice. But he does not say why. This kind of formulation will actually manifest something: simply another thought… Do not even say “I want” because it can only create your intention of wanting, not the thing you want itself!

About “Maybe”, also avoid talking or thinking in the conditional, it will produce only suppositions, not results.

And as regards the obstacles, go back to the example of the guy who does not want to be poor. If you use a negation, what you deny must exist in the first place, for you to be able to refuse it. This is the best way not only of not having what you want, but to have just the opposite!

All this is only the basic logic considering that our thoughts can be the source of their manifestations.

Anthony also says “Your mind seeks oppositions, which means to avoid changes”. This is attributing to it many evil intentions, in fact it only seeks to help you, and it is you who give it muddy leads. It’s true we could have the impression that automation look desperate to do the same things over and over, but they can be themselves … automatic changing tools! It does not imply a form of paralysis. Your soul is circulating your blood trying not changing anything in its formula and nobody complains, not even Anthony, I’m sure. It is even called homeostasis. And since the mind seeks opposition, would it be an “attracted opposition” to which applies the Law of Attraction? It would be seen as attracting opposite poles and we should be sure that this is not the general case of the famous Law, for not manifesting consistently all what we will find ourselves to oppose…

For now we have a list of fairly mundane suggestions that have nothing “quantum”. But we will get there, because it is through emotions that you plug the Law of Attraction: which would however promise a tasty future!

For Anthony, it’s easy to be unstoppable: find your passion, your “True Heart Desire”. Again looking for strong emotions.

I pass on the assumed equivalence between logic and rational that we have already mentioned, but we will now take care of making your “Magnetic Creative Energy” and talk about the “Critical Mass Law ».

Here we arrive in the spiritual part of his teaching, with some loans…

For example, God gave us the strength to “unleash” our goals. Hey! He forgot to tell us about God (?) for which he gives (or has) no indication of a definition.

On the other hand he is a little plagiarist: “All the doors will open if you knock…” I have the impression of having seen it somewhere else already…

He has a small confusion of vocabulary (it is not just “mind” that is ambiguous in English: “Stop thinking, visualize the target”, I guess he wants to talk of “thinking about” (rationalize), otherwise we will rather struggle to do anything “quantum”!

But your THD (True Heart Desire and not Total Harmonic Distortion, even if we talk about (high) fidelity!!!) applies to your entire life. You are warned!

Let us practice nevertheless: how to contact your ESP (Essential and Silent Partner)? First “Be very serious about what you want”. Then “Put it in the suggestion box of your ESP and expect an unusual signal!” Putting your request in this box means, “I need your help”. Like on a computer. In an emergency, send them a signal: “I need your help now!” And listen right away … You will receive your answers through your intuition (of course)! A negative response indicates a resistance point. After your application, unplug!

And two indications: “Detachment comes from discipline and training”, and “Only listen to the opinions of successful people!”

Okay, so let’s look a little closer. Because, from a distance, it looks very much like a “materialization” of the “use”’ of the Holy Spirit.

First burr: in the quantum realm, everything happens through invocation of the right identifier, and it is doubtful that the ESP suggested by Antony is one of the names of the Holy Spirit, if only because it is supposed be “Your personal partner” instead of a universal entity. As if instead of inspiring “your” share of oxygen you would breathe “your” atmosphere! But the Holy Spirit is not the only partner that is silent and the indication of its “essentiality” is directed to entities that you implicitly agree to be dependent from… As for the communication box, do not look where it can be, when you invoke your ESP, you are already connected. What is surprising also is that your applications are much like orders, which may make your ESP smile. On the other hand, you are warned that they will not necessarily meet all of the shots. And Anthony will return to this. For my part, I suggest you go check with a sorcerer, who became rich, to comply with what Anthony suggests, to ask him what that makes him thinking of…

As for his history of discipline and training, could we ask our doctor to tell us things we ignore?

This does not mean that one takes into account all that we know. Like for example, the fact of making our requests in the present as we have already talked about it and which I rarely see used around me: “It would…”, “I wish…” or, worse, “I should have wished…”

It is also a recommendation from Kinslow but with amusing examples concerning the weather: “Decide: the sun shines…” and wait… it will eventually shine.

The use of this present time drew me into his flip switch “I choose to feel good now!” And the word “choose” which fits well with the function of the Father choosing among His possibilities. I just missed the story of “feeling good” instead of “going well”, which again reminds me of Kinslow’s thinking: “You are not cured, but you do not care any more…”

Nevertheless, whoever it is that you invoke in the quantum domain (psychic+spiritual), as he knows only the present, it is better to address him without reference to time (whether the duration or the date)!

Again, directions from Anthony are not very different from those of the theologians he despises (in fact he seems not to have heard of them, or rather only heard critics about them…): “As you make a prayer, just make it and consider it as granted…”

Allow or resist, that is the question!

Then it’s dreary because our Doctor is floundering much…

On the one hand he understands that by resisting, our “ego” (mental) is increasing, simply because in opposing we generally strengthen our opponent (we saw it about our two quantum stuff) he forgets to say that our mental opposition comes in much before than when he considers it, and that is precisely why we strengthen it, as we can hardly build on, or add to, something that does not exist…

But when he suggests taking “rational decisions based on this”? One may ask what that has to do with quantum. Merely deducing, rationally or not, gets us out of this present time, and for someone who urges us to ignore the past, he does not realize that reflections precisely call for the past, having their bases in it. In fact if he had realized it, he would have stopped long ago. But we know, long ago too, that logic is not his strength. And I was a little quick in praising his consistency, since we are in the presence of the third proof of the contrary…

A final remark that adds to our perplexity: “Allowing does not mean accepting what we do not want!”. But what would mean “Allowing what we want?” Which sends us back to the absurd problem of “Tolerating the truth” since we can only tolerate errors, and which is useless or risky unless we limit this tolerance and thus the error. Anthony forgot to notice that this world is not perfect, only the Infinite is perfect because it is his very name: “per-fection”= that which is completely done, which does not lack anything! So in our lower world we are condemned to tolerate imperfection, but only “inevitable” imperfection unlike what our moronic politicians missed again… and all our attempts to escape this would now meet the opposition of the universe itself and not only that of the mind!

Good! Shall we have a break…? Before continuing to learn from Anthony’s errors?