Will 21st century therapy be quantum, metaphysical or simply logic? (No. 12 Torah) 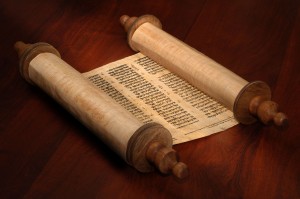 We are studying one of the texts that The Principle sent us to explain how He did everything. In His area, there are few things of which we know the names, if indeed they have one. We saw last time that His use of the word “day” should suggest or symbolize something like the preparatory stages of the birth of His projects. We must simply take the context into account, indicating that it would be better to understand this context, at least a little. Now, thanks to St. John, we know we must take off from a principle consisting in all the possibilities of manifestation whose first ones concern the Word and God, the latter being responsible for choosing the order, including that of the biblical Genesis, described here with relatively common words, but with a meaning not common at all.

We left three outstanding issues in our #11… First of all, the story of Heaven and Earth.

Clearly we’re not the 4th « Day » and the universe with its celestial bodies does not yet exist. So, what is certain is that the heaven is not the sky and the Earth is not our planet.

But by reference with our current situation, the sky is the place where we rain and sunlight come, which are supposed to animate us to even grow things without it being as “material” as the earth with its rocks. Clouds are a visible promise of rain, which will appear as transparent drops. Since we have already used the word, “promises” lead us to possibilities, ‘individual’ principles. The land, on his part, is very well visible but opaque, which means we do not see what there is in it.

Every drop of rain can be a special possibility, that is to say something that “defines” what will exist. These “definitions” are nothing but indications of what the thing will be when becoming “in act.” We have a word for that: it is an “essence”, which indicates what this something will BE (Latin esse be)! But for “ex-isting” (=being outside, becoming visible) it is necessary to “give them a body”, to provide these definitions with a “sub-stance” (which serves as a support, situated underneath), that well represents the land that provides food to the essences received from the sky to make the plants, for example. This substance is actually just a VERY special essence, the possibility of manifestation itself, which must be combined with other essences, those that define THAT which is to be manifested. Besides, Genesis insists that Earth is “without form” (because it needs to be “in-formed” by the essences from Heavens) and “empty”, because there is nothing in it, not even space in fact, because if the earth had a spatial character like our planet, its space would be “full of this space”, not really “empty”.

In other words, biblical Heaven and Earth are the necessary considerations that we need to be able to talk about everything else, and the first “thing” to “produce” will be light. Are we not going a little fast? There is neither space nor time yet and we already want to make something with waves that need space and time!

Fiat lux, the Italian jalopy that wants to compete with a Rolls Royce…

I’ve already given this indication earlier in this soap opera, this “light” is that of understanding, a consideration that the Principle insists upon by introducing it in most of His explanations (various traditional texts) to stress the fact that we are the products of a principle which first produced the possibility of understanding, which does not seem so absurd, otherwise how could we know all that, and the rest?

But it is even smart enough to emphasize that nothing is yet manifested in a “palpable” way (like the emotion in a football stadium according commentators on TV…), and He tells us that we should not confuse darkness and light, although neither one nor the other are “noticeable”. Eh yes! This darkness is “before” the light, it is its specific principle, its essence, its promise. The light spoken of here has nothing of the “light” in the physical sense and it is important not to confuse this absence of manifestation with its mere possibility, which by definition is not shown either, nor even manifestable as long as it is only an essence…

The funny thing is that it is even made explicit by the presentation of the “days”: They start with a “night” i.e. an evening followed by a morning! A period of preparatory darkness of the light of the next “day”…

So we come to our third puzzle, as, even if it does not look like it, we have already solved more than the second one…

Good God, but of course!

Why does Elohim insist to tell us at the end of each day what He considers that was good?

Did you notice that in our world, things can be more or less good, while, in what Elohim is preparing, we are not told that anything could be bad or evil? Besides, we do not hear about shadow associated with the light, simply of a darkness that is only its promise! Worse even: He does tell us that the light is “good”, but nowhere does He tell us that darkness is “bad”, especially as it “happens” before.

But because it is not our universe!

All that is described is only a preparation for making our world itself… As we see, it is really far from the “official” translation by a “creation of the world” of the first verse, even as we already have gone across 4 more verses!

1 (in the beginning God created the heaven and the earth.) 2 The earth was without form, and void; and darkness was upon the face of the deep, and the Spirit of God was hovering over the waters. 3 God said, Let there be light! And there was light. 4 God saw that the light was good; and God divided the light from the darkness. 5 … God called the light Day, and the darkness he called Night. And there was evening and there was morning were the first day.

The mention of a deep (abyss) is a spatial evocation of a thing spoken of as if it was below the Principle: the Spirit of God. But in addition to this reference to space, the succession of night and morning introduces the possibility of chronology, especially here in fact, the timeless succession of logic, although the reference is even more accurate since it introduces a cycle, a “Day”, which will be repeated, the kind of thing which will allow to measure time. For now, it is only one more promise, because time will be measured only through movement, which possibility for the moment only concerns the movement (hovering) of the Spirit, a word, that I remember, concerns the lightest element of a compound. And announces as well the explicit possibility of the light that can be perceived, in addition to the light of understanding, which will come on the 4th day when mentioning the possibility of the sun.

Perhaps did you notice that it is especially the principles, bases, starting points that interest me. So I will not detail the following days as you are wise enough to discover what Elohim tells you.

A detail nonetheless. Life is created on the 3rd day while we have not even the stars of the fourth day. Which makes it appear as though life is the main objective of all this fuss, and as a characteristic of the Word who is asked to make everything show, which will allow Him to announce later that He is the Way, the Truth and the Life!

Anyway, after 6 days, the domain where “everything is good” is over, and we will not have a description of the estate that will begets duality: the field of “good and evil”. At most will we know it can be accessed by a tree, a common central pillar that connects the two…

But the passage from those six days to the manifestation of the Paradise itself, is not described either, because there is no “mechanism” to move from a principle to its productions: it is IN the nature of the principle to be the cause of its consequences… we only need to know about the choice!

In any case, as you may have noticed: unlike some Protestants who see in the Bible a more intelligent “evolution” than Darwin’s, because of its divine nature, there is no trace of evolutionism in biblical Genesis. Whether or not Darwinian, evolutionism is simply a PERFECTLY AND UNIVERSAL SILLY idea. And Darwin himself suspected it a little, because he said “the eye was his nightmare”: try to imagine a little by which steps the eye must pass to achieve to be what we know! Simply to “develop” the process of transforming opaque flesh into translucent matters, the accurate focusing on the retina with its possibilities of accommodation, the development of the muscles (both external and internal) that allow it and the speed of their reaction, the changes in the geometry of the iris to adjust to lighting conditions!!! Many of the darwinian missing links must have hit the trees and rocks they could not see… Moreover, and this is what’s wrong, nobody has seen any missing link, since 1882!

This is an example of what keeps us from “examining all things”, which the Bible itself invites us to do, and that which was taken over by Saint Paul. At school, when we “study”, there is no need to “examine” anything as the teachers tell us that this has been done already and that some genius has found THE answer. After further examination, it appears that very few of these so-called geniuses found any intelligent answers, and that their findings are not carried over by much smarter people: teachers, writers, ministers, etc.

However, the considerations set out in the Bible remain at a pre-cosmogonic level and to get closer to what interests Dr Anthony, we’ll go for more anthropological considerations, always using data supplied by our Darling Principle.