Deadline Christmas 2016: you still have a year to your safe abortions! 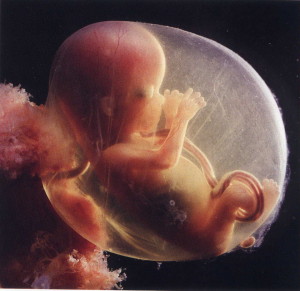 Apart for the ex future baby!

You probably do not care, but Bergoglio, Françis the tenant of the Vatican decreed a Jubilee Year for the 50th anniversary of the incredible Vatican 2 council!

This will be the “Jubilee of Mercy”!

It is for one year and it starts in a few months.

And for the occasion, for a year, abortions will be forgiven for both aborted and abortionists!!!

Why this obsession with pardons?

If Bergoglio/Françis was not at the head of his church, one could believe that he himself has a bunch of junk to be forgiven for to incite so many others!

Especially since, in this case the only one whose forgiveness is meaningful, it is the victim, the runt!

If he remembers his Pater, we ask God to forgive us “ »as we forgive others for what they did to us”.

But if you do something to God as blasphemy against the Spirit, we are warned that we will not be forgiven, any more than the merchants of the Temple, or those who will hear at their judgment: “I know you not!”

I understand that what a priest binds or loosens will be bound or loosen in Heaven, but he has to be a priest, and given the nature of recent popes, doubt is more than allowed! And it does not forbid God from being the ultimate decision maker!

For the Cardinal Arinze of Nigeria to report that Bergoglio/Françis was not even Catholic, he must have had compelling reasons.

In fact, as all tenants in the Vatican from Roncalli, alias “good” Pope John XXIII, that is: Montini, aka Paul VI, Luciani, alias John Paul I, Wojtyla, aka Pope John Paul II, « J.P.2 » for intimate Anglo-Saxon, Ratzinger, aka Benedict XVI the renouncing one, all of them were Marxists and did not hide it, so that not only Bergoglio/Françis is not Catholic, but not even Christian.

Our François warned us he was a “normal president”, and their Bergoglio/Françis is a “humble Pope” and simper.

Biology or the Bible, so what?

There should be indeed a Cardinal (Arinze why not? Another Francis, who apparently resigned) who can explain that the individuality of a human is biologically expressed by his DNA. So that the fetus is not the same being as that of the mother since conception, it is a brand new human being and abortion is not a surgery to get a sick body rid of one of his organ but a murder!

But Bergoglio is also obsessed with the avoidance of judgment, because he has not hit that to forgive, we must already have considered that the individual made a mistake! But this is one of the least understood injunctions of the Gospels, because from the context it is to merit Divine Mercy, hence probably the title of this Jubilee, but the Old Testament is filled with recommendations of various punishments including death, although that must be preceded by a judgment? Would it be that we are to use only divine criteria to judge and not human ones?

Anyway, the Decalogue too is not necessarily understood, or in any case would it have been amended by Bergoglio? What humility?

It is common to cite “Thou shalt not kill”, but if you have a Jewish friend, ask him if he would not prefer: “Thou shalt not commit murder?”. Because it seems that the Hebrew word implies unlawful actions…

In which case Bergoglio was not so lucky by sticking to the common version as the Law of men has legalized the crime in question, so it is not murder any more! But it’s still someone the doctor and his former mother killed, what God did not recommend but Bergoglio wants to forgive during his blessed year!

So you have to hurry! Actually, no, you must wait a little, it will not be forgiven until November 20!

And what prevents God to decide otherwise? As far as I know, why this amnesty would be limited to that period of time and that kind of crime? Bergoglio might as well forgive serial killers, his productivity would be even soaring!!

It gives an impression of some comics quite unworthy of the subject!

“A spiritual conversion of the Church”

This is what Bergoglio expects of his “Mercy Jubilee” since it was announced on March 13, to mark the second anniversary of his election!

That’s original, but worrying! The church would then need to convert! And “spiritually”! Hey, Cardinals, from where did you released your new leader?

And what is this atheist church?

Will its baptism be the opportunity of a new Jubilee?

Is there still someone out there who seeks to understand what is being said? Or are we just happy to make and have noise?

If you follow such a type, that is idolatry! And this is also provided for in the Decalogue… so be a little careful, cathos! Tradis as well because Bergoglio also wants to take you in his lap.

I was very surprised by going to mostholyfamilymonastery.com not to find mention of the news of this week. They had noted at the time that Benedict was pro-abortion but maybe this week’s new left them speechless!

Yet I will recommend their site again because they are usually more reactive and have a well-stocked catalog of what’s wrong with the “popes” of which I spoke. Non-Catholics abstain, it’s very technical and it is not even sure catholics themselves can understand…